OUR VALUE TO YOU 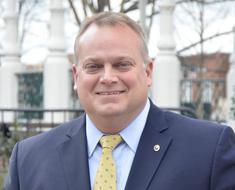 We Care About Our Clients' Success

Our firm is designed to respond quickly and efficiently to the needs of our clients.  Our firm regularly views our relationship with our clients as long-term partnerships and not just one time representations.  We try to address our clients' business needs, as well as legal needs, through litigation avoidance, standard contract reviews and alternative fee arrangements.

Greg has extensive experience in both federal and state courts across the United States from Nevada to New Jersey and from Texas to Illinois. Greg is admitted to regularly practice in all state and appellate courts in the State of Georgia, as well as the U.S. District Courts for the Northern and Middle District of Georgia and the U.S. Court of Appeals for the Eleventh Circuit, before whom he has appeared and successfully argued for a partial reversal of the District Court in a multi-million dollar class action coverage dispute.

Greg has been recognized in MDJ’s Best of Cobb the past three years, including recognition as a Top 3 Overall Attorney in both 2019 and 2021, second among Civil Attorneys in 2019, and first in Employment & Labor and third for Corporate work in 2021.  Earlier in his career, Greg was similarly recognized as a SuperLawyers Rising Star from 2010 to 2014—an honor bestowed on less than 2.5% of Georgia’s attorneys under the age of 40.

Prior to beginning his career, Greg graduated with honors in 1997 from Transylvania University, where he was President of the Student Alumni Association, interned with the Kentucky state legislature, was a member of the Baseball team, was a multi-year captain and MVP of the Cross-Country team, and was a two-time All-American Scholar Athlete.

While attending Emory University’s School of Law on a full scholarship, Greg served as a Vice President of the Student Bar Association, President of the Phi Alpha Delta law fraternity, and President of the Graduate Senate, where Greg helped in establishing on-campus childcare services for graduate students in need.  Greg graduated from Emory Law School in 2000 and was awarded the Dean’s Public Service Award for his contributions to the community.

Despite his initial intent to return to Kentucky and open up shop on a courthouse square, Greg instead began his career with a prestigious large firm in Atlanta.  In 2005, Greg left his large firm and joined an upstart firm started by four partners of a large Chicago-based firm, where Greg was elected partner.  In addition to representing his clients as a commercial litigation, Greg also represented mothers who were owed back child support from delinquent fathers on a pro bono basis.  In 2012, Greg resigned to start his own firm on the Marietta Square, committed to representing Cobb County small business owners and serving his Cobb County community.

Away from the office, Greg is dedicated to bettering his community through the Cobb County Bar Association.  Greg has served multiple years on the Cobb County Bar Association Board of Trustees.  Greg is currently serving his third term as the President of the Business Law & Litigation Section.  Greg has chaired the Bench & Bar Committee for the past four (4) years and the Law Day Classic--both for the past five (5) years.  The Law Day Classic is one of the two fundraisers for the Children’s Emergency Fund, which provides one-time grants for children with critical needs, such as facing eviction, needing to have a broken bone set, or needing glasses to see at school.  Greg also chaired the Cobb Bar’s first year of participation in the Attorney General’s Legal Food Frenzy, which collects food for hungry families in Georgia.  In recognition for his contributions to the Cobb Bar and the community at large, Greg has been awarded multiple Bar Stars and was recognized with the President’s Award in 2019.

Outside of the local Bar, Greg is active in and serves on the Board of Directors for the Kiwanis Club of Marietta, which focuses on serving the children of Cobb County.  Greg has headed up programs such as Roll & Read for the Emily Lembeck Early Learning Center and the Kiwanis Club’s participation in Cobb Diaper Day.  In 2019, Greg led the Kiwanis Club of Marietta’s collection and donation of over 15,000 diapers to families in need.  Greg has also served seven (7) terms as the President of his homeowners’ association.  Greg is a member of the Leadership Cobb Class of 2015.

Greg lives in Cobb County with his wife Kara, who is a teacher, and their two children.

Cobb County Bar Association—Past Member of the Board of Trustees, President of the Business Law & Litigation Section, Chair of the Bench & Bar Committee, Chair of the Law Day Classic golf tournament for the Children’s Emergency Fund, Past Cobb Bar Chair for the Attorney General’s Legal Food Frenzy